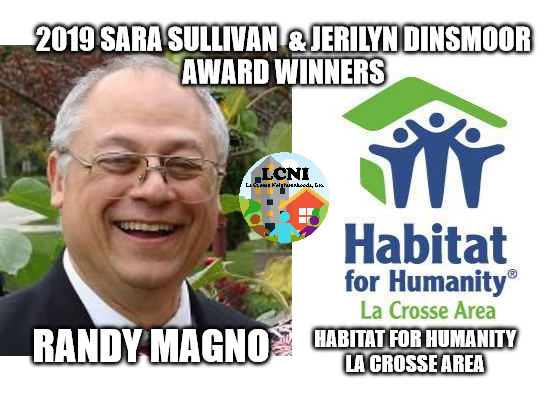 The La Crosse Neighborhood Associations are proud to recognize the efforts of residents and organizations in La Crosse through two awards given annually:

1.  The Sara Sullivan Award, given to a La Crosse resident in recognition of outstanding leadership and exceptional contributions to neighborhood revitalization 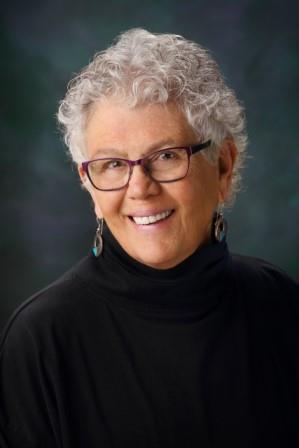 2.  The Jerilyn Dinsmoor Award, in recognition of outstanding teamwork and exceptional contributions to neighborhood revitalization by a group or organization. 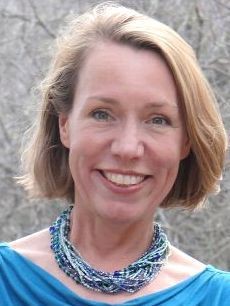 Anyone can nominate an individual for the Sara Sullivan Award and a team, organization or group for the Jerilyn Dinsmoor Award if the nominator feels the actions of the nominee meet the values of the judging criteria listed below.

The Fall Social and Spring events are annual neighborhood celebrations for residents to look forward to and they will serve as the bookends for the award nomination period.  Please send nominations to the email listed below or complete an application by EXTENDED TO FRIDAY OCTOBER 4TH, 2019 and the winner will be announced at the 2019 Mayor’s Neighborhood Conference at Black River Beach Community Center on October 19th at 10am.

All nominations for awards shall be judged on how dedicated they are to Neighborhood Revitalization IN ANY OF the following areas:

Inclusion/Diversity:  significant neighborhood and/or business involvement and cooperation with a diversity of participants.

Innovation: creative and unique way to address the neighborhood(s) issue.

Sustainability:  illustrated opportunities and a culture of self-sufficiency for the organization, environment, etc.

Leadership Development: encouraged, facilitated and provided opportunities for volunteers to take on leadership roles and develop new skills, and contribute to a project.

OR  download here:  Award Form (Word Document) and Email the nomination form with any attachments of supporting documentation to:  info@lacrosseneighborhoods.org

OR  submit (3) paper copies of this nomination and any supporting documentation to:

Habitat of Humanity is this year’s Jerilyn Dinsmoor Award recipient.  The impact of “Habitat” on the La Crosse area can be seen in so many ways, including their successful teamwork with the City, neighbors, neighborhood associations, residents, and other community organizations.  Habitat for Humanity continues to grow as a non-profit organization working to economically transform La Crosse and improve the quality of life for all citizens through a strong commitment to home improvement opportunities and community-building. This transformation is taking place by assisting neighbors, residents, elderly, disabled and veterans through home construction, renovation, and repair, community classes, yardwork assistance, and reuse of home materials.

In 2018 alone Habitat for Humanity, La Crosse Area ensured: 4 families became first time homeowners with 2 more under construction; 18 homes were improved through ReNew; over 50 people attended classes such as gardening, saving energy, home repair, and spending time outdoors; 175 elderly and disabled households received yardwork assistance through Neighbors Day; over 1,000 individuals volunteers over 20,000 hours; and over 800 tons of materials were diverted from the landfill.  Habitat for Humanity La Crosse Area’s commitment to our neighborhoods goes beyond work and fills our community with life.

Jerilyn Dinsmoor began a diverse life of service and promoting La Crosse first through the arts and then through her neighborhood revitalization efforts.  She brought her talents at a very crucial time and demonstrated fierce determination to get the non-profit organization, La Crosse Promise, off the ground.  She made it her mission to achieve the seemingly impossible and reach for the stars, by first raising the funds needed for thirty, $50,000 scholarships and then by finding the “pioneers” who would take the first leap and build a house in neighborhoods that had seen better days.

With her never-ending energy, creativity and skills as a teacher, Jerilyn spent countless hours working with potential homebuyers and other stakeholders on the benefits of reinvesting in our neighborhoods.  Her passion to make something happen quickly inspired others in organizations across the City to join the team effort.  Jerilyn passed away suddenly in August 2016, barely a year into the Neighborhood Program.  She left behind a legacy as a champion of community betterment and education for all.

It is fitting that La Crosse Promise is this year’s Jerilyn Dismoor Award recipient.  Her imprint on the organization can be seen in many ways, including their successful teamwork with the City, neighbors, potential homebuyers, investors, and other community organizations.  La Crosse Promise continues to grow as a non-profit organization working to economically transform La Crosse and improve the quality of life for all citizens through a strong commitment to education. This transformation is taking place through a scholarship program for families that build, buy, or renovate a home in select La Crosse neighborhoods and through the Future Centers’ career and education planning program for all La Crosse high school students.

To date, there are twelve families occupying new homes and two families renovating homes in the neighborhoods.  Eight homes are currently under construction, all qualifying for the scholarship. The impact is clear – more people are inquiring about the program and more are moving in and making these historic neighborhoods a great place to live again. 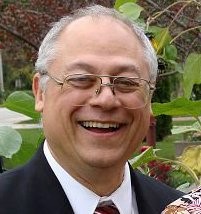 Randy Magno was selected for the Sara Sullivan Award because, in the words of his nominators, whether he is up-front directing an activity or behind the scenes ensuring success, his dedication and commitment to improving the Washburn Neighborhood is always evident.  Like Sara Sullivan, Randy has supported so many residents over the years, making him an example for anyone wondering how they can get involved in their own neighborhood and City to make it a better place to live, work and play.

Countless projects and events in the City have benefitted from Randy’s vision, insight, and get-it-done approach.  Whether improving and beautifying the neighborhood through planters and garden areas in need, spearheading and growing the Washburn Neighborhood Garden into 55 plots, organizing the Washburn Garden Expo, and providing rain barrels to residents in the City, his green thumb can be seen and felt city-wide.  His impact on neighborhoods has been felt through his help in founding the City of La Crosse Neighborhood Revitalization Commission, hosting events for neighbors to get to know one another better, and building partnerships, all while making sure being involved in one’s community is fun.  Whether he is throwing candy in the Oktoberfest parade, making his famous 7 bean chili, painting rain barrels, or sharing the great things a person can do in their neighborhood, Randy has given so much of himself to improve our city and you can count on him to continue doing so for many more years! 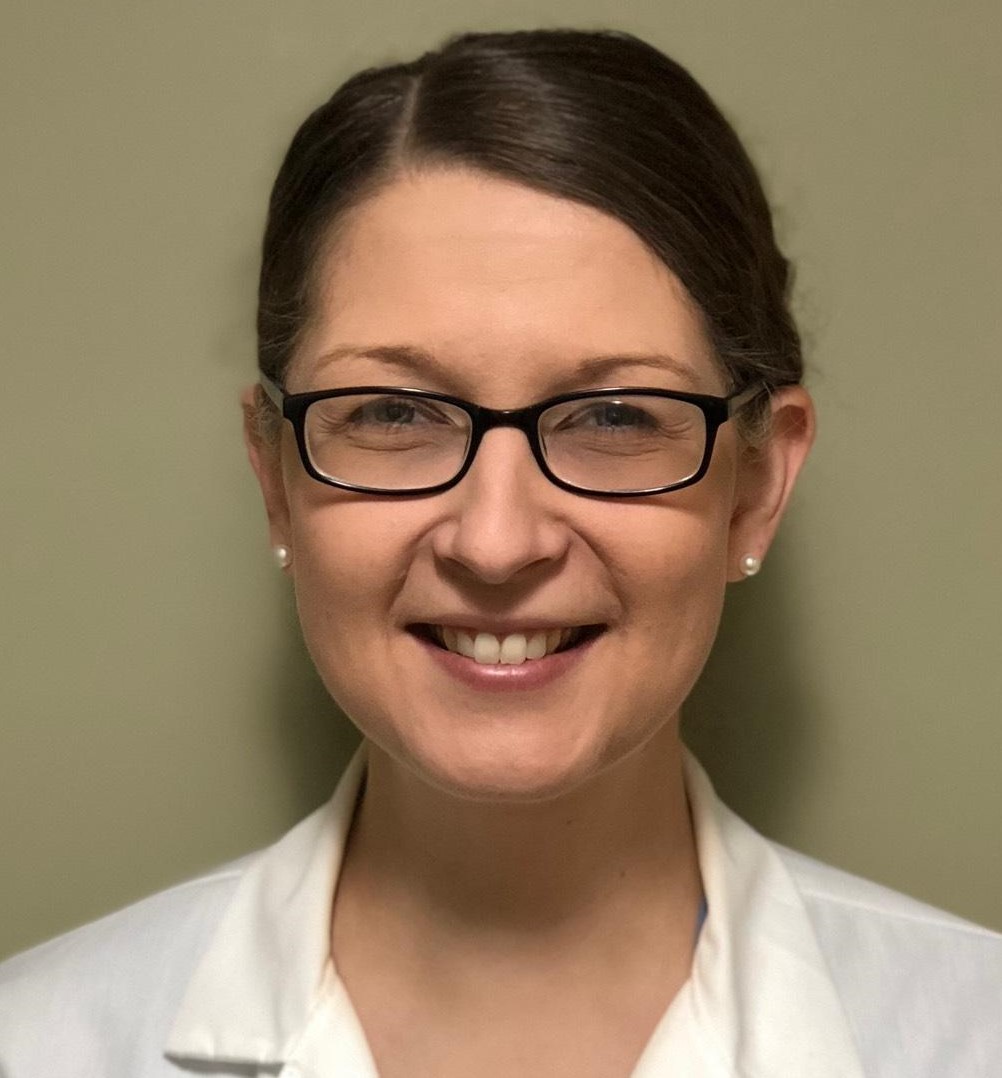 Angie Manke was selected for the Sara Sullivan Award because, in the words of her nominators, she embodies community service, from serving as a friendly face in the neighborhood to honoring her country through her military service.  We wish everyone had a neighbor like Angie and the Manke Family.  Angie is a dedicated mom, devoted clinician and committed community supporter.  Angie not only volunteers much of her time to the Powell-Poage-Hamilton (PPH) Neighborhood Association, but also the Hamilton School and as a role model at the popular Poage Park.

Angie serves as the Chair of the PPH Neighborhood Association and an active parent to her two children at Hamilton Elementary School.  Angie volunteers countless hours of her time to neighborhood endeavors such as the monthly PPH meetings, fence art at Powell Park and Hamilton School, Movie Night in the Park, the sidewalk and crosswalk chalking for the beginning of school as well as Steppin’ Out in Pink, and securing funding for the popular Skate for Kids program at Poage Park.  She is a welcoming neighborhood leader who encourages new residents to participate in our work.

One of the most significant contributions Angie and her family has made to our neighborhood is the completion of the Little Free Pantry located outside Hamilton/SOTA Elementary School.  Based on the concept of the Little Free Library, the pantry accepts food contributions from the community and allows participants to partake in the bounty anonymously, which is often a barrier to those in need. Our Little Free Pantry is the first of its kind in our region, proposed and completed by the Manke family.

Angie not only dedicates her time to our community but also to our country as a Captain in the United States Army Reserve.  With Angie’s leadership and vision for the PPH Neighborhood, so many more projects have been completed.  Angie gives her time and efforts freely. If each neighborhood in the city of La Crosse had their own Angie Manke, the possibilities would be endless. 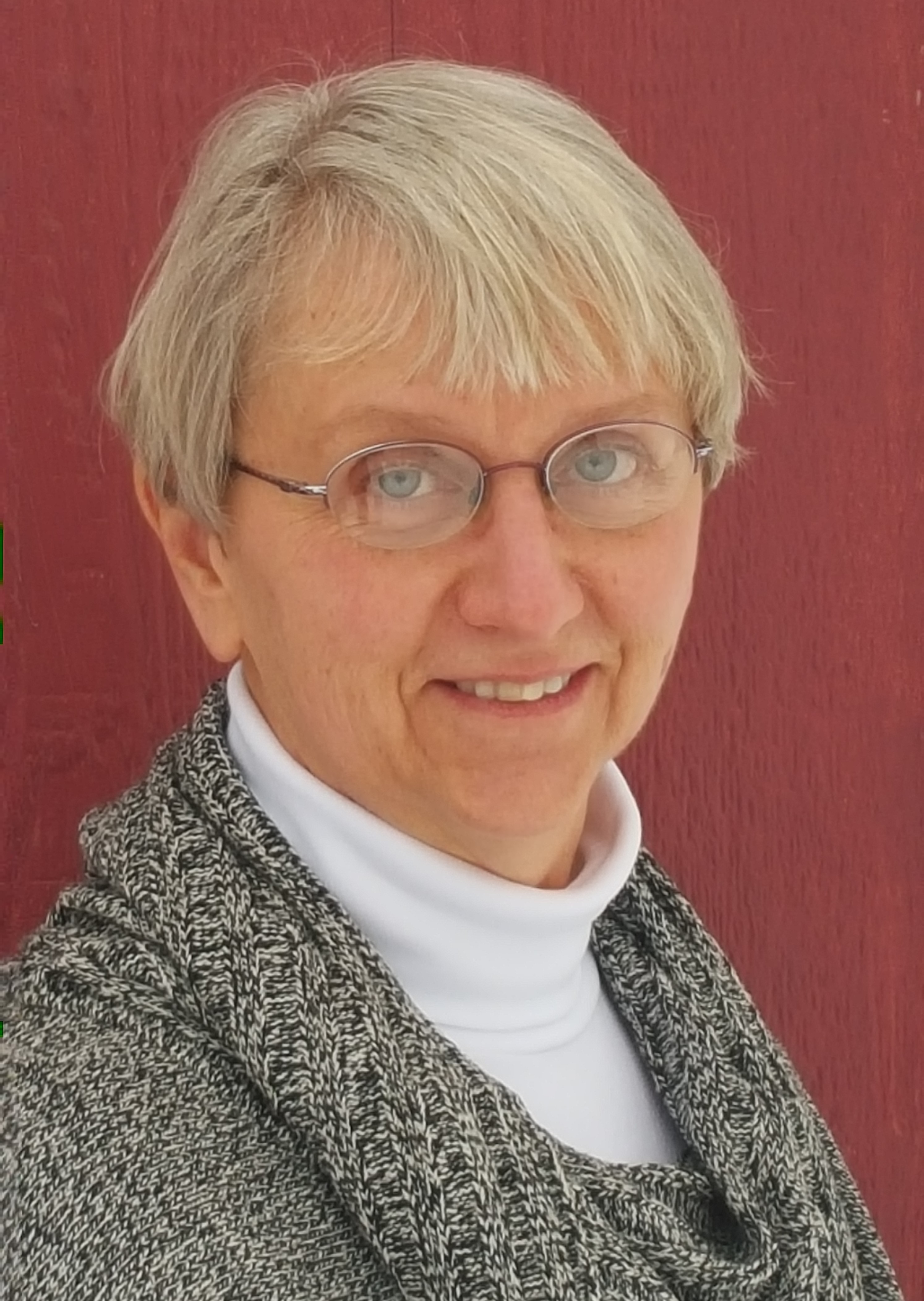 Jo Ann was selected based on her long-standing dedication to the Washburn neighborhood and the City of La Crosse – here is more about why:

Look at the Washburn Neighborhood Plan adopted in 2002, and one of the names you will see is Jo Ann Neve. Jo Ann has been a pioneer for the Washburn Neighborhood Association, having served as one of the first chairpersons from October 2003 to August 2005. She has served as vice chair and at least four terms as secretary, has chaired the Oktoberfest Float Committee, the Garden Expo Committee, and the Garden Committee where she assigned plots and oversaw the neighborhood garden. In the summer, she can be found pulling weeds between garden plots in the Washburn Garden or at Firefighters Credit Union, in continued support of a project several years ago to beautify their grounds.

Jo Ann coordinates the creation of 40 or so prize baskets for the Washburn Garden Expo every year and paints at least one beautifully-done rain barrel for the silent auction. When the Washburn Neighborhood Association decided to take over a planting project in the non-working fountain in front of the La Crosse Public Library, she sought out designs and has planted flowers each year. 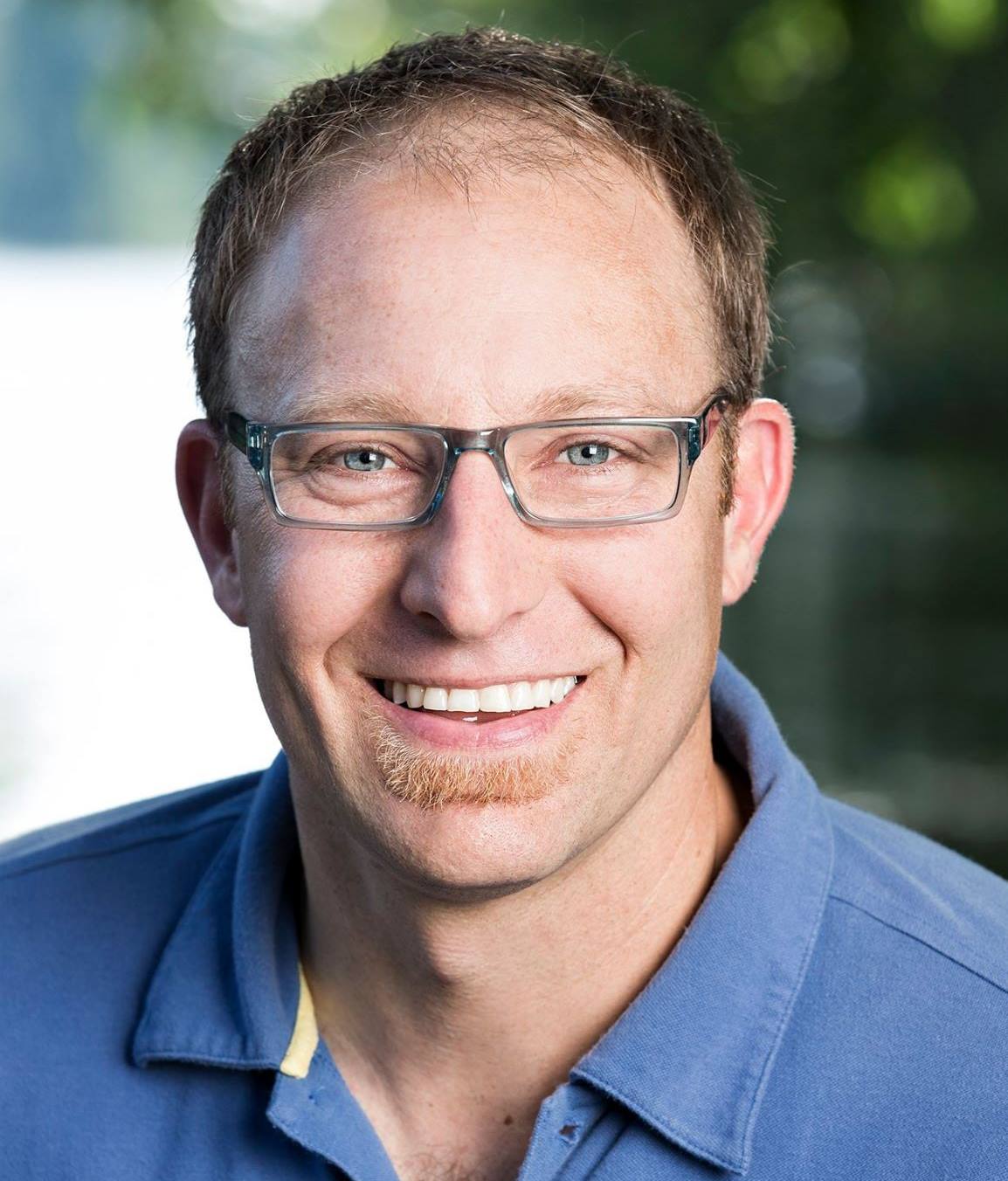 To say that Jacob Sciammas hit the ground running as a neighborhood leader is an understatement. He was elected co-chair of GENA at the first meeting he attended. In the two years since, he has yet to slow down.   Jacob is a collaborator, facilitator, motivator and mover & shaker. He challenges many to think outside the box and beyond their comfort zone.

He was instrumental in founding La Crosse Neighborhood Inc. and serves as President. Jacob has the unique ability to continually match-up residents with projects they become passionate about. Then he moves on to the next “match.”  He has created a “RIPPLE EFFECT” for neighborhood revitalization and community activism!